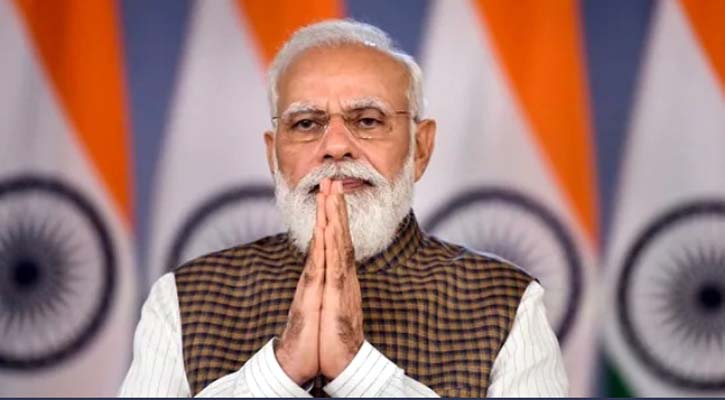 INTERNATIONAL DESK: Indian Prime Minister Narendra Modi is likely to pitch for a united global approach in dealing with the situation in Afghanistan and combating challenges of climate change and the Covid-19 pandemic at the two-day G20 Summit in Italy beginning October 30, it is learnt.


Modi is scheduled to visit Rome and Glasgow from October 29 to November 2 to attend the 16th edition of the G20 Summit as well as the World Leaders’ Summit of the COP26 respectively, the Ministry of External Affairs (MEA) said in a statement Sunday.

According to the statement, the Indian Prime Minister will be participating in the G20 Summit in Rome from October 30-31 at the invitation of Italian Prime Minister Mario Draghi. Italy has been holding the presidency of the G20 since December 2020.

The G20 is a global forum whose members account for more than 80 per cent of the global GDP, 75 per cent of global trade and 60 per cent population. The forum has met every year since 1999 and includes, since 2008, a yearly summit, with the participation of the respective heads of state and government.

This year, G20 leaders are expected to deliberate on a number of key challenges such as recovering from the coronavirus pandemic, addressing climate change and overcoming poverty and inequality in various parts of the world.

The situation in Afghanistan is expected to figure prominently at the summit, according to sources.

Modi is also set to hold several bilateral meetings, including with Draghi.

From Rome, the PM will travel to Glasgow to attend the World Leader’s summit of the 26th Conference of Parties (COP26) to the United Nations Framework Convention on Climate Change (UNFCCC), the MEA said. Prime Minister Modi will be attending the climate summit at the invitation of his British counterpart Boris Johnson. COP-26 is scheduled to be held from October 31 to November 12 under UK’s presidency of the UK.

According to the MEA statement, the World Leaders’ Summit will be held on November 1-2 and will be attended by heads of state and government of more than 120 countries.

“The UNFCCC embodies the global will and vision to combat climate change. The periodic Conference of Parties to this Convention have emerged as global climate summits, providing an opportunity for stocktaking and for charting the way forward,” the External Affairs Ministry said.

The Indian prime minister last attended COP21 in Paris in 2015, when the Paris Agreement was concluded — the implementation of which, commences this year.

“At COP26, parties will work to achieve the completion of Paris Agreement implementation guidelines; the mobilisation of climate finance; actions to strengthen climate adaptation, technology development and transfer; and keeping in reach the Paris Agreement goals of limiting the rise in global temperatures,” the MEA statement said.

According to the statement, PM Modi will also hold numerous bilateral meetings on the sidelines. (The Indian Express)