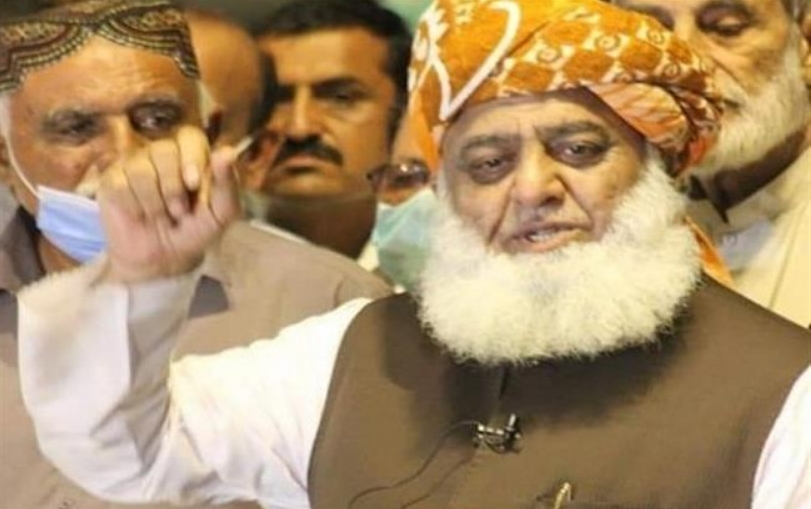 INTERNATIONAL DESK: In a series of attacks on Prime Minister Imran Khan, Jamiat Ulema-e-Islam chief Maulana Fazlur Rehman said that PM has made ‘false and unrealistic’ promises in the country.

“PM Imran made ‘false and unrealistic’ promises of giving 10 million jobs. Instead, he [PM Imran] destroyed the country’s economy and rendered millions jobless,” Fazlur Rehman said during his speech.

“I have never seen such a greedy and stupid person in my life, accusing PM Imran of selling an expensive watch given by a foreign country head as a gift,” Express Tribune reported.

“The entire world is facing coronavirus, but now because of their [government’s] incompetence, people are dying of dengue,” Maryam Nawaz said during the rally.

In her remarks, Nawaz also hit out at Pakistan Tehreek-i-Insaf (PTI) government over the recent hike in prices of fuel and other utilities in the country.


“During Nawaz Sharif’s Prime Ministership, sugar was Rs 50 per kg, and now after three years, it had crossed Rs 120 per kg while electricity prices had shot up from Rs 10-11 per unit to Rs 25 per unit,” Maryam was quoted as saying by Dawn.

Earlier this month, Maulana Fazl had announced that the anti-government alliance is serious and strengthened in its goal of toppling the Imran Khan-led government, Express Tribune reported. (ANI)