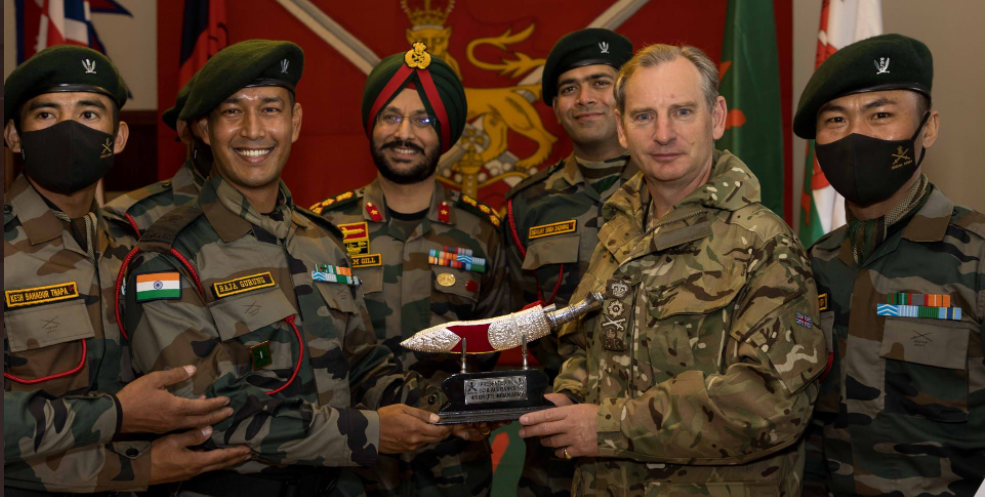 The Indian team was among only three out of 96 participating teams in the Exercise Cambrian Patrol 2021 at Brecon in Wales to win the Gold medal at the conclusion of phase six of the exercises, held between October 13 and 15.

The winning team were felicitated by Indian High Commissioner to the UK Gaitri Issar Kumar at India House in London.

“The team has performed extremely well under the harsh terrain conditions and inclement weather. These, in itself, presented various challenges in addition to the complex real-world situations which were simulated to assess their reactions in a combat setting,” the Indian High Commission in London said in a statement.

“The Indian Army team was complimented on its excellent navigation skills, delivery of patrol orders and overall endurance for completing the Patrol. The team captain stated that his team adhered to the basics that the Indian Army follows in its battle drills and procedures,” it added.

The awards ceremony was attended by General Sir Mark Carleton-Smith, the Chief of General Staff of the British Army, who presented the Gold medal to the Indian Army team. Brigadier Vikramjit Singh Gill, Military Advisor at High Commission of India in London, was among those present from the Indian side. (The Economic Times)