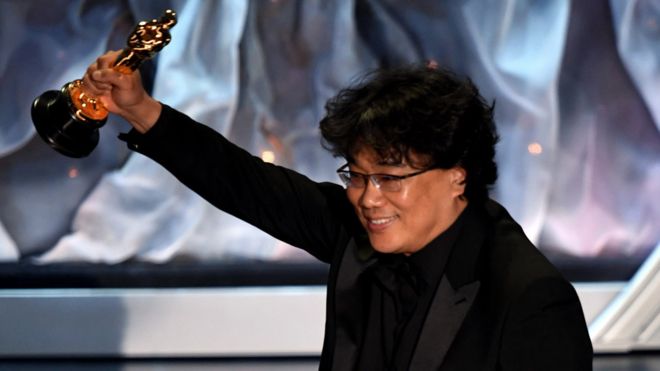 
Brad Pitt and Laura Dern won the supporting acting awards for their roles in Once Upon A Time in Hollywood and Marriage Story respectively.

The World War One epic had been the favourite to win best picture, but its awards all came in the technical categories.

The film is a vicious social satire about two families from very different classes – one who live in poverty in a semi-basement, and another rich family residing in a large home.

It has now managed what no other subtitled film has done in the 92-year history of the Academy Awards and won best picture.

Producer Kwak Sin-ae, who collected the trophy, said: “I’m speechless. We never imagined this to happen. I feel like a very opportune moment in history is happening right now.”

Remain prepared as COVID-19 situation may worsen in winter: PM