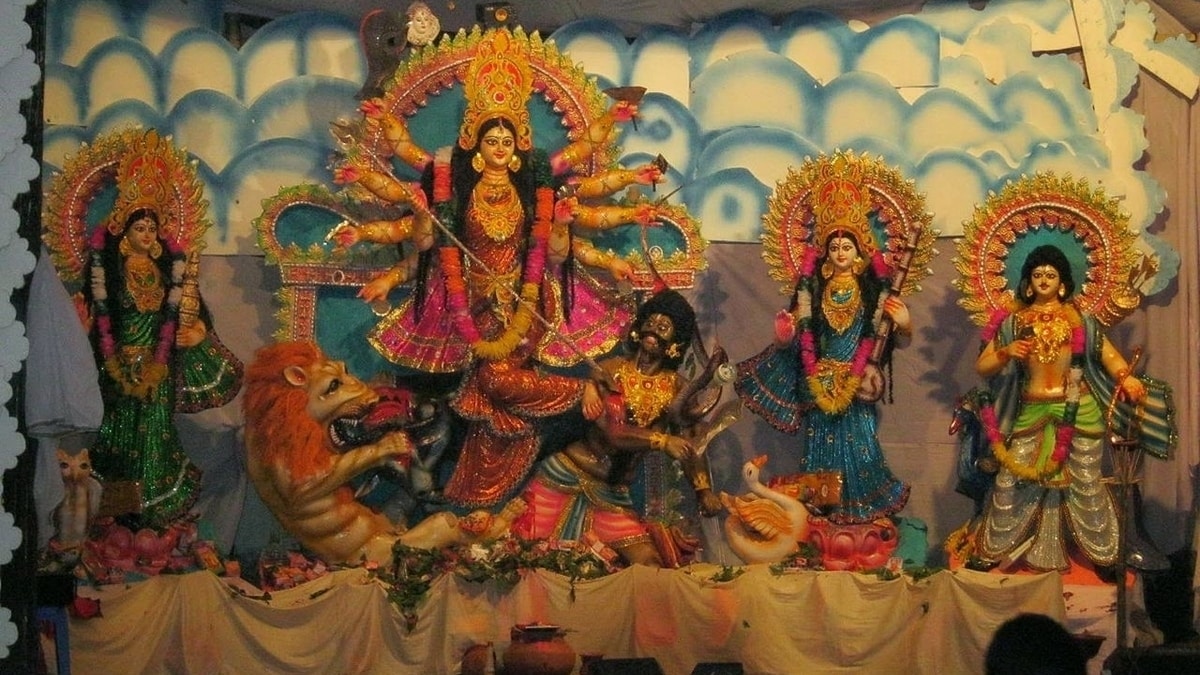 
“We have seen disturbing reports of untoward incidents involving attacks in religious gatherings in Bangladesh. We note that the Government of Bangladesh has reacted promptly to ensure control of the situation, including through the deployment of law enforcement machinery. We also understand that the ongoing festive celebrations of Durga Puja continue in Bangladesh with the support of Government agencies and a large majority of the public. Our Mission and Posts in Bangladesh are in close contact with the authorities at Dhaka and at local levels,” India’s Ministry of External Affairs spokesperson Arindam Bagchi said.

Sources alleged that Pak backed Jamaat were behind the attacks with an eye on casting shadow over bilateral ties.

Bangladesh Prime Minister Sheikh Hasina on Thursday promised strong action against those involved in provoking communal disturbances by putting the Holy Qu’ran at the feet of a Hindu God in a Durga Puja Pandal at Comilla .

The incident, extensively posted in social media, provoked disturbances across the country . Four rioters were killed in police firing at Chandpur when they were trying to attack Hindu temples and Puja pandals.

“We are getting a lot of information and of course we will find out who is behind it… Appropriate action will be taken against them, no matter which religion they belong to,” she said while greetings members of the Hindu community on the occasion of Durga Puja.

She joined the interaction virtually from her Gono Bhaban residence, asking the Hindu leaders to ‘ get rid of the minority mindset and live as equal citizens enjoying full freedom in an independent Bangladesh.’

“Some people only use their intellect for evil and tend to ruin things when they’re going very well. They try to create problems in the country at a time when Bangladesh is moving fast on the path of development,” said Hasina.

“Those who cannot gain people’s trust and have no ideology tend to do this. It is one of their weaknesses. If we are all aware of this, action can be taken against them,” the Bangladesh PM added.


“Bangladesh is a land of communal harmony. Here, people of all faiths will live together and will practice their own religion,” the prime minister asserted

Hasina’s interaction with the Hindu community leaders following clashes in several places in the country demonstrated her efforts to ensure communal harmony.

Awami League youth leaders like Shah Ali Farhad, Tonmoy Ahmed rubbished as ‘fake news’ the report of the Qu’ran being placed on the feet of God Hanuman.

” Facebook has emerged out as the biggest multiplier for radicals to spread for the hate messages across the country. No Hindu in our country is stupid enough to do something like this. Only mentally deranged persons can believe this,” said Tonmoy Ahmed, AL’s social media coordinator.

” This is clearly a conspiracy to destabilise the country. The conspirators will not succeeed,” said Farhad in a similar post.

The country’s junior information minister Murad Hassan reminded all Bangladesh was a secular nation and will soon return to the 1972 Constitution.


” The military dictators tried to undermine Bangladesh’s core ideal of secularism by declaring Islam as state religion. We will soon return to the 1972 secular constitution that founding father Bangabandhu Sheikh Mujibur Rahman gave to Bangladesh after independence,” Murad said in a video post

Incidents of attacks on Durga Puja pandals and idols have been reported from Bangladesh, prompting the Hasina government to deploy paramilitary force in 22 districts. Besides, four people were killed and many others injured in riots.

According to reports, there were violent attacks on pandals in Noakhali, Chandpur, Cox’s Bazaar, areas around Chattogram, Chapainawabganj, Pabna, Moulvibazara and Kurigram in Bangladesh.

Border Guards Bangladesh (BGB) troops have been deployed in 22 districts across the country to stop the spread of violence.

Reportedly, the police have so far detained 43 people in connection with the violence.

“But our government led by Prime Minister Sheikh Hasina will not let them proceed with their evil design,” he told reporters visiting a Puja pavilion at the Ramkrishna Mission in Dhaka.

He cautioned people against spreading rumours to sever the interfaith harmony in the country, adding that Hasina has ordered stringent actions against the communal elements.

“We will remain alert,” the minister added.

Besides, the religious affairs ministry has issued an emergency notice, urging members of the public not to take the law into their hands as it reiterated calls to maintain communal harmony and peace.

Hindu community is the biggest minority in Bangladesh’s 169 million population.