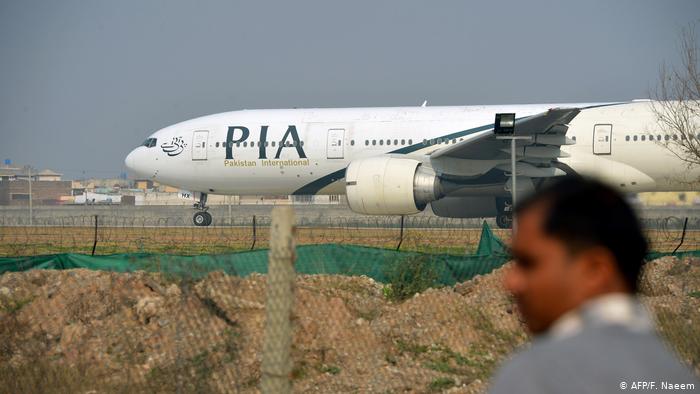 INTERNATIONAL DESK: A Pakistan International Airlines (PIA) plane traveling from Lahore to Karachi has crashed close to Karachi airport, the civil aviation agency has said. The Airbus A320 was carrying 107 passengers and crew from Lahore, AP, AFP and Reuters report.

An Airbus A320 carrying more than 100 people has crashed into a residential area near the southern Pakistani city of Karachi, the country’s civil aviation agency says.

“The plane crashed in Karachi. We are trying to confirm the number of passengers but initially it is 99 passengers and eight crew members,” said Abdul Sattar Khokhar, the spokesman for the aviation authority.

The plane had been due to land at Jinnah international airport from the eastern city of Lahore, a journey that normally takes about 90 minutes.

Social media posts by journalists showed footage showing plumes of smoke and flames rising from the site of the crash.


There were no immediate reports on the number of casualties.

Witnesses said the plane appeared to attempt to land two or three times before crashing near the airport.

Local media said a rescue operation was underway and emergency workers had arrived at the scene.

Pakistan’s military tweeted that army helicopters had been deployed to assess the damage and to take part in the rescue effort.

Local TV station Geo showed crowds near the scene, which appeared to be a densely populated area, and ambulances trying to make their way to the crash site.

Pakistan’s Prime Minister Imran Khan tweeted that he was “shocked and saddened” by the crash. He added that he was in touch with PIA’s CEO and with rescue and relief teams on the ground.

“Prayers & condolences go to families of the deceased,” Khan added.

The crash comes just days after the country began allowing commercial flights to resume after planes were grounded during a lockdown over the coronavirus pandemic.

Pakistan has a chequered military and civilian aviation safety record, with frequent plane and helicopter crashes over the years.

In 2016, a PIA jet burst into flames after one of its two turboprop engines failed while flying from the remote northern to Islamabad, killing more than 40 people.

The crash comes as Pakistanis across the country are preparing to celebrate the end of Ramadan and the beginning of the Muslim holiday Eid al-Fitr, with many traveling back to their homes in cities and villages.

Govt is trying to protect people from COVID-19: PM

WHO to resume hydroxychloroquine coronavirus trials

PM places three proposals for durable use of aquatic sources