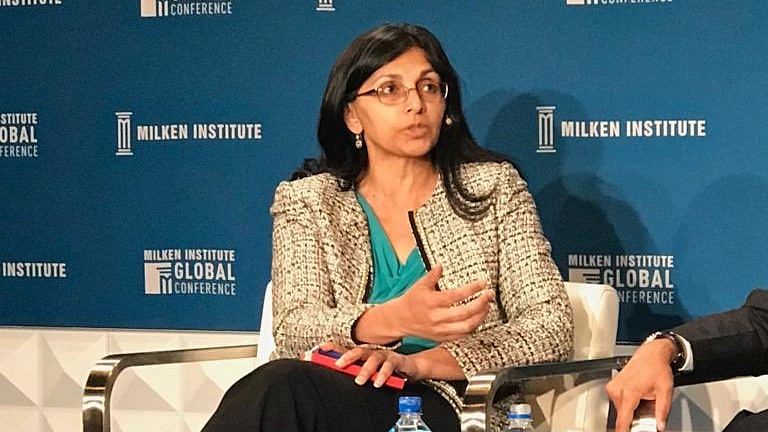 INTERNATIONAL DESK: Terming top US trade official Katherine Tai’s upcoming visit to India as a “very important” one, President of the US-India Business Council (USIBC), Nisha Biswal said it is an agenda-setting visit to see how the two countries can align their ambitions and approach to trade.

United States Trade Representative (USTR) Tai will travel to India on a two-day visit from November 22 for talks with her Indian counterpart commerce minister Piyush Goyal.

Acknowledging that there is a gulf between US and India when it comes to trade policies, Biswal suggested that the two countries need to set an “ambitious goal” with respect to trade ties and a roadmap to get there.

“It is very important to visit. It is ambassador Tai’s first visit to India as USTR. It is important that US and India set an ambitious goal from where we want to go in our trade relationship and the road map for how we get there. So this is an agenda-setting visit to try to see if we can align our ambitions and approach to trade,” Biswal said while speaking with ANI.

“There is quite a distance and gulf between US and India when it comes to trade policies and so for there to be a greater focus on a trade partnership and hopefully at some point leading to a trade agreement between our two countries, it has to start with a greater alignment,” she said.

Biswal noted that India continues to be a “really very important trade and economic partner” for US industries and
businesses. However, she added that the trade relationship between the two countries is nowhere near the potential of what it could be.

“India is a strong, robust and growing market. It is also a strong and growing source for Companies that are sourcing out of India the services sector is growing incredibly, so India is an important trading partner for American companies,” she said.

India has become a more important source of FDI into the US, said Biswal.

Biswal said: “India has become a much more important source of FDI into the US because of the amount of Indian investment and Indian manufacturing that is coming into the United States of America. One of the major concerns that Indian companies have brought has been around labour and immigration policies that allowed Indian companies to be able to source from India through H1B1 visa.” (ANI)